Manam in Baguio: Which Dishes Should You Order? 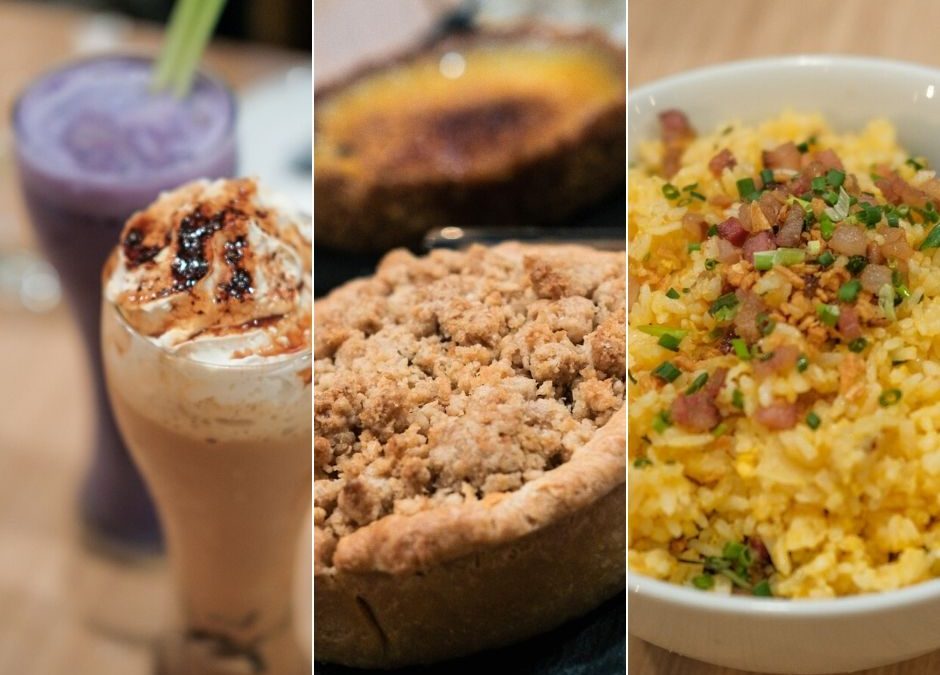 Here, you can choose to sit inside the restaurant for a warmer feel or outside for fresh air and a view of the beautiful sky.

From their main dishes to their deserts, you’ll surely be in for a treat! You can choose from their classics to their twists.

Pancit palabok is probably one of the many pocket picks I have, technically if it is on the menu, there is probably a 50% chance I’ll order it on the side. Rarely have I ordered palabok as a main dish. Manam’s pancit palabok, however, has a different approach to it that made the dish the star of the dining table.

The dish was served separately, a plate that contains a tower of crispy fried noodles/pasta and a small pitcher filled with yellow goodness that makes the rest of the palabok. The servers then pour it over the noodles as it melts and mix until you are left with a hearty, golden palabok that looks like what you expected it to be.

Honestly, I thought that was just for show, why would you make a noodle/pasta crispy only to have it doused in wet sauce? That was the only question on my mind.

So I just took it in and had a forkful. It was actually really delicious. The noodles were still crispy after sitting there covered in the sauce for a while, and the sauce was heavenly as you’d expect in a restaurant that delivers one of a kind dishes.

Nothing makes a highlander prouder than the delicious etag. However, there are just a handful of applications as well as dishes where you can fully utilize this precious ingredient.

Manam’s etag fried rice is a simple yet mouth-watering dish that has taken the humble etag from an ingredient that heightens a dish to the forefront. The simple approach is one that I will definitely try at my hometown since it is that addicting.

I truly adore this dish from the ground up. Nothing wrong with rice accompanied by the stong, salty goodness of etag.

Sisig is yet another dish that I adore. From its crunchy sizzling meats down to its juices and oils, there is nothing I wouldn’t want on my plate other than this. Heck, I would even lick the hotplate clean if my wife permits.

Personally, I have been around and have tasted different kinds of sisig prepared in a multitude of ways and throughout all of that, I have developed a decent preference on what the best sisig should taste, the texture as well as the sauces and how it’s prepared.

I personally love when a sisig is served on the hotplate with a few whole chilis pushed to the side and served with a freshly cracked egg on a piping hot, hotplate. The eggs provide a milky soft texture that contrasts the crunchy meat as well as being a decent sponge for the oils that have been mixed alongside the sauces.

This makes every mouthful an explosion of flavor that I would enjoy chasing with a spoonful of rice. The chilis also give me the choice of eating it as is or with a little bit of spice.

I love spicy dishes as much as the next guy. However, sisig has a considerable amount of oil. Adding that spicy element to the dish gives you another complementing depth of flavor that cuts through the oil.

You are not Filipino when you do not like sinigang, a much less famous dish compared to the adobo, but just as much loved. Sinigang is a sour broth made with different kinds of veggies and pork.

There are again many iterations of this dish, giving you different flavors and sensations varying from regions down to families. Add to that creativity and resourcefulness brought on by varying budget constraints and you have yourself another million reasons to love Filipino cuisine.

Manam’s watermelon sinigang, however paled in comparison to the other dishes offered in the menu. It’s the standard sinigang dish with a few chunks of watermelon added in.

At first I did not even notice it was watermelon. The broth had boiled the delicate fruit so much so that it had lost its texture. The sourness of the sinigang made it so that you cannot taste a hint of sweetness or anything really.

Creativity is surely a forte for Manam and so far I have been surprised and impressed with the dishes they had provided us.

Another dish that I have high praise for is gising gising. This dish consists of vegetables cooked in coconut milk. From its crunchy texture to its spiciness, you’re going to want more.

Aside from the etag fried rice, Manam is also introducing a local-inspired drink – the Mountain Coffee Shake. If you love Benguet’s coffee, you’re going to like this!

Want a drink and a dessert all in one? I’d recommend you try Manam’s ube sago. The sago complements the ube flavor so much that you’ll want to slurp all of it in one sitting. It was a bit too bad that the straw didn’t reach the bottom of the cup so I had to scoop them all out.

First on our list for dessert is the bibingka de leche. It’s a great treat for breakfast, lunch or dinner! Bibingka de leche is composed of bibingka and leche flan all in one dessert.

Get yourself a calamansi tart when dining in at Manam. This is a best seller for a reason. From its sour and sweet brûléed top, and crunchy crust, the calamansi tart is a must try!

If you love anything that’s buko, Manam’s buko pie is to die for! The coconut crumble topping and coconut cream all come together to make this buko pie an unforgettable dessert.

Which dishes would you love to try? Which ones have you tasted?